Working, living together forges bond at 'home way from home' 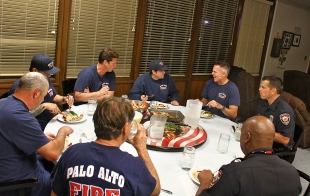