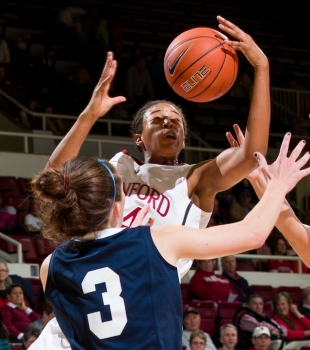 Stanford junior forward Erica McCall is ready to be a go-to player for the Cardinal as it heads into the season opener on Friday at UC Davis. Photo by Bob Drebin/stanfordphoto.com

Flying: How to lower your impact
By Sherry Listgarten | 10 comments | 2,103 views