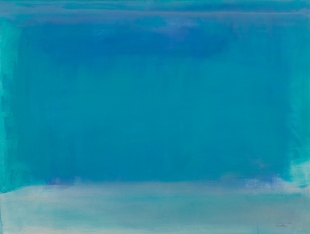 "Color Field in Blue" is among the works on view at 555 California St., San Francisco, through Jan. 2. Photo by Sahba Shere.