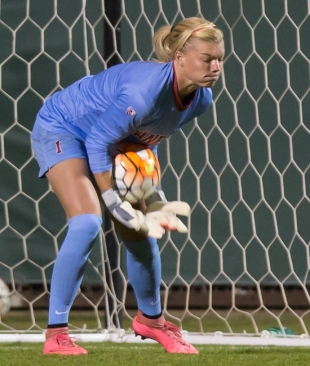 Jane Campbell was named Pac-12 Goalkeeper of the Year. Photo by Al Chang/stanfordphoto.com

Joel is a registered user.


Congratulations to this fine array of soccer players and the coaches. Students and fan who supported these excellent athletes deserve some praise as well. Good luck in the tournament.