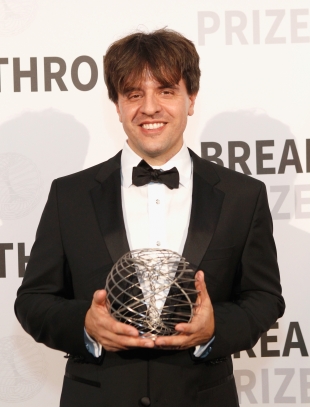 26 photos of movie stars and others that you really have to question (several photos of David Petraeus, whose most recent "breakthrough" was awarded in the field of ethics and illegalities) and not one photo of the Stanford University prize winner??????

This is funny. None of these three are particularly admirable people. They certainly do not deserve to be held up as icons.
Yes, Milner is unbelievably wealthy, and that blinds people.
The others are not exactly pillars of the community!!!

What about more praise for and pictures of THE SCIENTISTS? That is what the story should be, and is supposed to be about--not celluloid heroes!

@Haha, in my day most scientists would rather be in the lab than hobnobbing with glitterati. Very few sought the limelight. I suspect even the million-dollar winners here regarded this as an onerous chore, with the tux and everything.