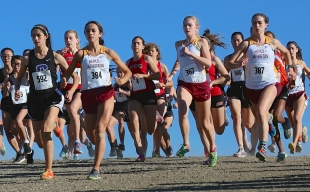 M-A seniors Annalisa Crowd (384), Madedeline Baier (367) and Cat DePuy (387) all finished among the top six to lead the Bears to the team title at the PAL Championships on Saturday. Photo by John Hale.