Manhunt on for alleged killer, another arrested for multiple shootings 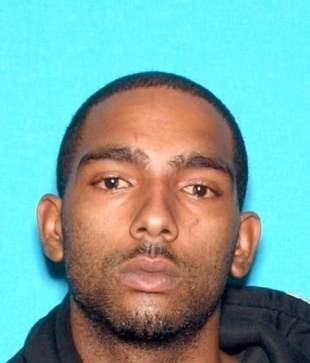 Thanks for all your work, Officers!

Truthseeker is a registered user.


Community policing and outreach works. Get to know your neighborhood, and the people will learn to respect and work with you, not fear you. And you will fear the people less, i.e., lower probability of minor interactions between police and citizens escalating into brutality or fatalities. I hope EPA is heading in the right direction.

Truthseeker - you hope we are headed in the right direction? It's too bad I can't say that PA is.

Report Objectionable Content
Email Town Square Moderator
2 people like this
Posted by Cid Young
a resident of another community
on Nov 10, 2015 at 4:24 pm

That's what I'm taking about. There are a lot of good hard working people that live in EPA, but, they are among the terrorized when street thugs are roaming free. Keep on Locking 'em up... make EPA safe for families. Keep up the Good Work.

GOOD JOB ALL OF THE MURDERS ARE ALL CONNECTED....CONNECT THE DOTS AND YOU WILL GET THESE MURDERERS. STARTING IN DECEMBER 2011 THATS WHEN THIS TOWN WENT COMPLETELY CRAZY AND THERE WAS A HUGE UP RISE ON MURDERS, AND SHOOT OUTS!!! MY SONS MURDER (DRIVE BYE) IS A COLD CASE!!! I HOPE AND PRAY JUSTICE WILL COME ABOUT FOR ME AND MY FAMILY!!! MY SON WAS ONLY 19 JUST OUT OF HIGH SCHOOL AND NOT GANG AFFILIATED BY NO MEANS!!! WRONG PLACE AT THE WRONG TIME :(
THE CODE OF SILENCE NEEDS TOO BE BROKEN!!