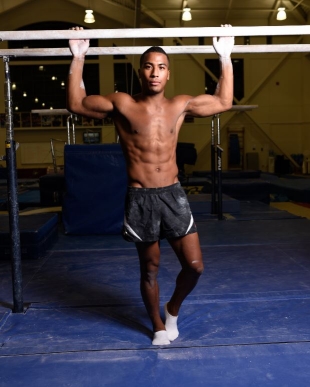 Sheng shot this portrait of Josh, a Stanford University gymnast, in 2014. Photo by Jeff Sheng.