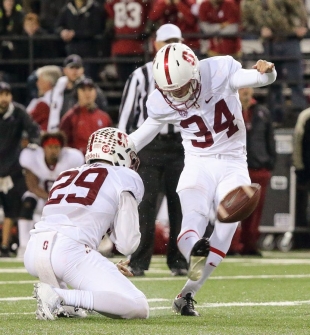 Stanford's Conrad Ukropina (34) connected on a 19-yard field goal with 1:54 left for the margin of victory in a 30-28 Pac-12 win over host Washington State. Photo by Bob Drebin/isiphotos.com

Like this comment
Posted by Julie Armitano
a resident of Palo Alto High School
on Nov 3, 2015 at 1:53 pm