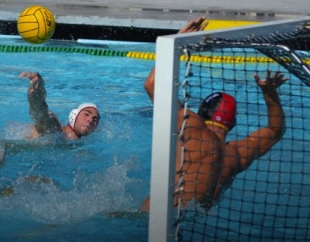 Stanford senior Bret Bonanni fires in his 333rd career goal to set a school and conference record, held by the legendary Tony Azevedo, during a six-goal effort against Long Beach State on Saturday. Photo by Bryan Williams.