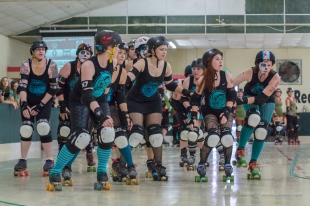 Damas de los Muertos players take a lap around the track together during a home game. Photo by David P. Discher.