Stanford's O-line is getting an A-plus for football success 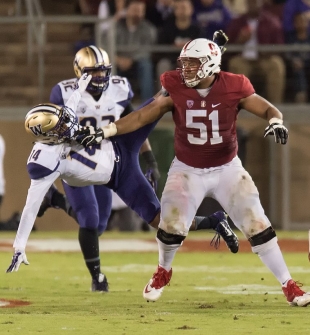 Stanford offensive lineman Josh Garnett (51) had a video of this block go viral after a 31-14 win over Washington. Photo by David Bernal/stanfordphoto.com