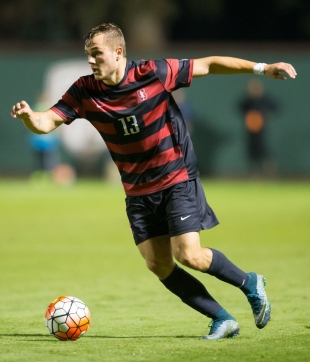 Jordan Morris celebrated his 21st birthday on Monday with a goal and an assist in Stanford's 3-1 win over visiting San Diego State. Photo by Casey Valentine/isiphotos.com