Davidson, Doyle heading to the Big Apple for tennis tournament 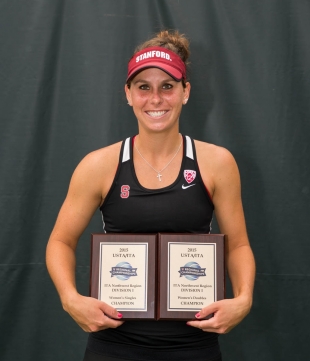 Stanford junior Taylor Davidson won the singles and doubles titles at the USTA/ITA Northwest Regional on Tuesday at Stanford. Photo by Harjanto Sumali.