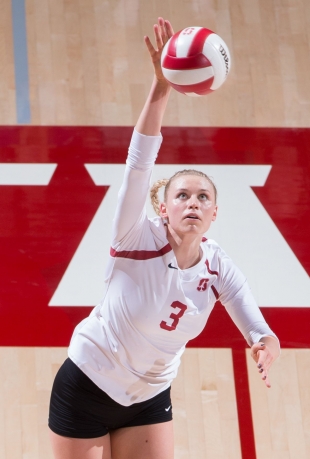 Stanford's Hayley Hodson is the Pac-12 Freshman of the Week for the fourth time this season. Photo by Mike Rasay/isiphotos.com