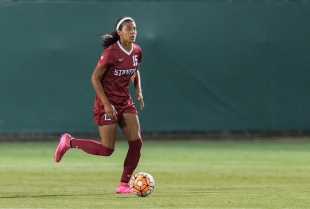 Alana Cook had an assist and goal in Stanford's win. Photo by David Bernal/isiphotos.com