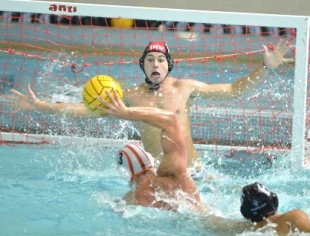 Seems as though Menlo has a pipeline to east coast colleges. is this legal? Any sort of regulation for this? Or doe they just get to send water polo players there whenever they want?

Seriously? If the Menlo kids are qualified, they can go to whichever school they want. Many play in the Ivy League so they can continue their athletic careers. The caliber of the MPSF (Stanford, Cal, UCLA, USC, Pacific) is much tougher. Most athletes from this area who want to continue playing choose D-II and D-III schools over Division I.

PoloItIs: It's hard to imagine how this could possibly be illegal. Without knowing too much about that program the fact is, college coaches will recruit the players they know will perform best for their teams. A college coach can't afford to do favors for coaches/high schools at the cost of their own programs. Menlo also sends water polo players to DI schools like Cal and Stanford so I don't think it's just an east coast pipeline thing.

What both Menlo and Sacred Heart Prep do for all of their students is provide a superior college counseling and search guidance program that gets students to places where they will thrive academically and (in this case) athletically.

Both schools have many graduates playing sports at smaller institutions on both coasts and in between.