Hogan, McCaffrey pile up yardage in Pac-12 win over Huskies 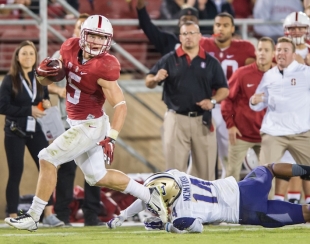 
If Stanford can get by Washington State next week, I think that they can win out this season. If they win out this season, then my husband says that they will have a legitimate shot at the college football playoff and a chance at the national title. Wouldn't that be remarkable?