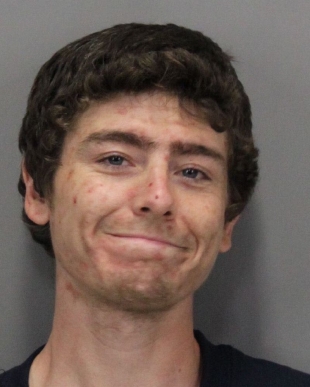 He had much longer hair in his mugshot from last year's arrest. Why wasn't he jailed for that crime? Web Link


I hope the K9 police dog gets tested after having to bite the Perp.

Does anyone know what the police were doing in the Evergreen Park neighborhood on Wednesday night around 11 pm? (I realize this isn't the subject of this thread). There were several driving around and also camped out at intersections with lights flashing. I encountered one who was out of his car and looking down the street in a particular direction for 15 minutes, and then left (after yelling at me). I don't have access to any police activity info, but assume some who are on this thread do. Thanks.

2 people like this
Posted by Can't arrest our way out of addiction problem
a resident of Greenmeadow
on Oct 23, 2015 at 11:22 am

We need to start taking taking steps out of this east coast police chief's playbook, and realize addiction is here, and we can't arrest our way out of it. No one wants to be an addict. Web Link

Report Objectionable Content
Email Town Square Moderator
3 people like this
Posted by Chris Zaharias
a resident of Crescent Park
on Oct 23, 2015 at 11:45 am

Chris Zaharias is a registered user.

Clearly, drug addiction is the cause. When you see this situation up close, it makes you realize that either decriminalizing drug use, or the Singapore approach, make more sense that the immoral, non-committal approach we have here in the U.S. By extension, IMHO, you can't stay in the Democratic Party OR the Republican Party, because both are equally at fault for that ineffective approach.

"IMHO, you can't stay in the Democratic Party OR the Republican Party, because both are equally at fault for that ineffective approach."

Because both need votes, and the majority votes for criminalization. It's that simple.

Wipe the the grin right off that perp!

I don't know for sure that decriminalizing all drugs will stop these types
from getting into mischief ... some seem to live for it ... but I think legalzing
pot is a no brainer and will take significant revenue away from the criminal
cartels and put at least some tax revenue in government coffers.

Also, if pot was legal it would create a wider gulf between the law abiding
citizens and drug dealing scum.

How long is it going to take to do the obvious?