Former Palo Alto school board member to be feted on Oct. 22 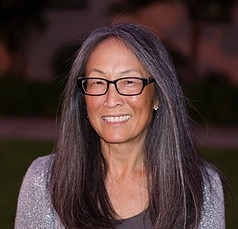 Many thanks to Sue Dremann and the Palo Alto Weekly for the wonderful article. The Kiwanis Club of Palo Alto is very pleased and honored to be presenting our annual Angel Award to Barbara Sih Klausner! Many community members will be attending the event and all are welcome.

Report Objectionable Content
Email Town Square Moderator
2 people like this
Posted by Edie Klausner
a resident of another community
on Oct 20, 2015 at 5:00 pm

I know this talented woman in many capacities. So happy to see her recognized!

Stanford Sue is a registered user.


Congratulations, Barbara. Thank you for your great work for our children and community as a whole.

Report Objectionable Content
Email Town Square Moderator
4 people like this
Posted by I remember
a resident of Another Palo Alto neighborhood
on Oct 21, 2015 at 7:04 am

Report Objectionable Content
Email Town Square Moderator
3 people like this
Posted by I remember
a resident of Another Palo Alto neighborhood
on Oct 21, 2015 at 7:14 pm