McCaffrey is the Pac-12 Offensive Player of the Week 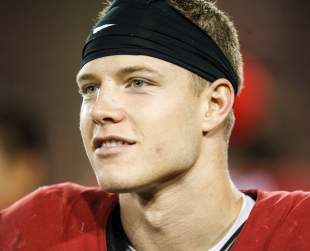 Stanford sophomore Christian McCaffrey is the Pac-12 Offensive Player of the Week. Photo by David Elkinson/stanfordphoto.com