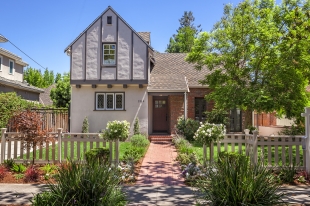 The house is ready for a new owner after Kim and Bob Stetson team with contractor Stuart Morgan from FYI Properties in Walnut Creek to renovate and sell their home in the Old Palto Alto neighborhood. To spruce up the outside, they painted the exterior, and added a new lawn, front fence, roof and stamped-concrete driveway. Photo by Cherie Cordellos.

Freelance writer Carol Blitzer can be emailed at cblitzer@sbcglobal.net.

Flying: How to lower your impact
By Sherry Listgarten | 10 comments | 2,075 views