Simplicity is sophistication at The Village Pub in Woodside 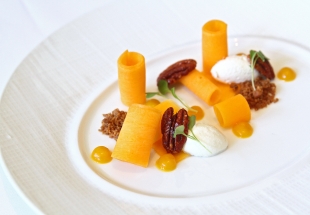 On the menu at The Village Pub: delicata squash salad with candied pecans and brown butter crumble. Photo by Veronica Weber.