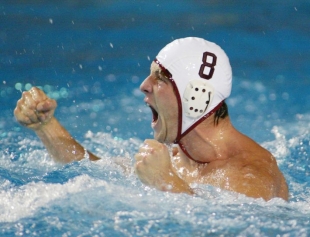 Stanford grad Tony Azevedo has been named the Player of the Century in Pac-12 men's water polo. Photo by David Gonzales/stanford.edu