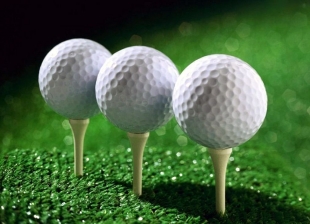 It's seven down and three to go for the Castilleja golf team, which is closing in on another West Bay Athletic League regular-season title.

The Gators improved to 7-0 on Monday with a 215-288 dual-match victory over Mercy-Burlingame on the front nine at Sharon Heights Golf & Country Club.

Divya Tadimeti earned medalist honors for Castilleja with a 4-over 40. Alyssa Sales and Risa Yang each shot 42 with Paris Wilkerson (45) and Anike Tse (46) wrapping up the scoring.

Castilleja can clinch no worse than a title tie on Wednesday (3 p.m.) by defeating Menlo School at Palo Alto Hills Golf & Country Club. That would give the Gators a two-match lead over second-place Harker with two matches remaining.

Castilleja can clinch the outright crown by beating Harker on Oct. 21.

Sophie Siminoff and Jessie Rong shared medalist honors with sparkling 1-over 37s for the Knights (4-3). They each had a birdie. Lauren Yang and Nicole Henderson each shot 48 with Erin Broderick (49) wrapping up the scoring.

In the Peninsula Athletic League, Menlo-Atherton improved to 7-2 with a close 223-225 dual-match win over Burlingame at the par-35 Poplar Creek Golf Course in San Mateo.

Naomi Lee earned medalist honors for the Bears with a 2-over 37 while fellow juniors Abigail Pederson (38) and Christiana Park (40) were right behind. Senior Margaret Sten (52) and junior Taylor Waddell (56) finished off the M-A victory.

Coronavirus: Plan ahead now for a big outbreak
By Diana Diamond | 19 comments | 4,106 views