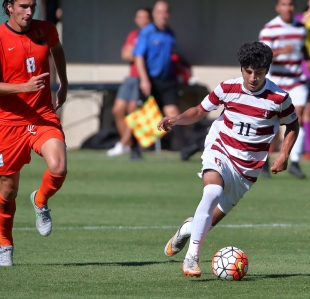 Stanford's Amir Bashti (11) scored his first goal of the season in the 44th minute on Sunday against Oregon State. Photo by Hector Garcia-Molina/stanfordphoto.com