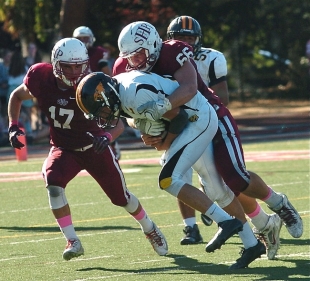 A few years ago, Palo Alto High won a state football championship - upsetting the 4th ranked team in the country. That Palo Alto team was not as good as De La Salle of Concord which took the state title in another division, but it was impressive. How about a story about where those guys have gone since?