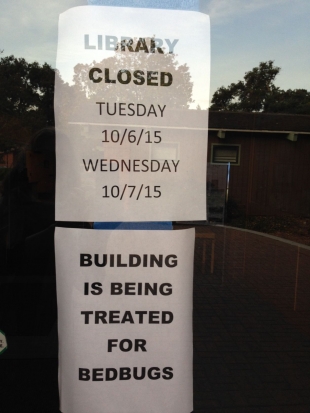 Signs posted at the Menlo Park Library in the Civic Center. Photo by Andrea Gemmet.

Like this comment
Posted by moi
a resident of Another Palo Alto neighborhood
on Oct 8, 2015 at 11:31 am