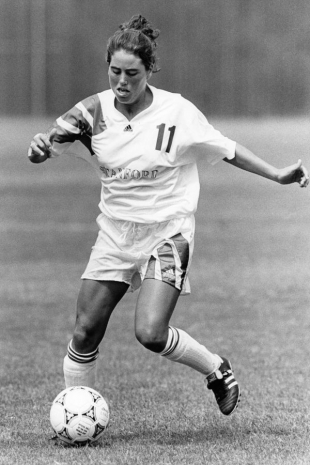 Stanford grad Julie Foudy (1989-92) was named the Pac-12 Player of the Century in women's soccer by the conference on Monday. Photo by Rod Searcey/Stanford Athletics.