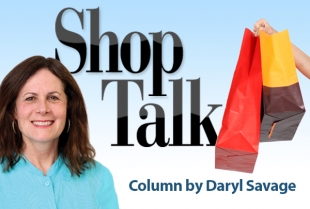 The neighbors not too happy with the lengthy construction of this hotel which is still not done is truly an understatement. It has been beyond a nuisance listening to banging, clanging and god awful music all day on Saturdays. Yes, the workers blare the music out of the windows drowning out any opportunity to listen to your own music or have a conversation where you don't have to scream. Try call the construction company and they guy hangs up on you. The Nest just doesn't respond at all. Making it up to the neighbors might take more than inviting them to an evening event.

PLEASE GET THIS CONSTRUCTION DONE SO WE CAN AT LEAST ENJOY OUR OWN HOMES BUT PLEASE DON'T REPLACE IT WITH LOAD OBNOXIOUSLY DRUNK PEOPLE LATE AT NIGHT.

Like this comment
Posted by Resident
a resident of Another Palo Alto neighborhood
on Oct 5, 2015 at 7:53 am

Like the sound of this hotel. Sounds as if they are hoping to be good neighbors when the hotel opens.

I am particularly interested in the bike rental. Is this something other hotels do? I have never heard it before but it is a good idea. Is it the same principal as the other rental bikes around town?

My neighborhood has been under siege for over a year...the two houses behind me and 2 down the street under construction. Building basements, sending cement and lumber trucks down the extremely narrow streets which are already parked with construction trucks and Paly Hi students. My car was hit by a cement truck. There is no end in sight for at least another year and there are other homes getting ready for renovation. So.....get over it! Yours was only 7 months. You aren't alone!!!

Report Objectionable Content
Email Town Square Moderator
10 people like this
Posted by Chaos
a resident of Old Palo Alto
on Oct 5, 2015 at 12:27 pm

Palo Alto is one big construction site. Noise, dirt, trucks, hammering, no parking available and taco trucks double parking on narrow streets. Crime in neighborhoods comes with construction projects. . When one construction project ends, another project begins in the neighborhood. PA infrastructure cannot handle the increased density. Irresponsible city planning at city hall is ruining this town. That, along with foreign investors buying up residential real estate and leaving the houses vacant, is all contributing to PA becoming a chaotic, overcrowded place to live.

I dropped by today and the motel looks really nice. They have a lovely, relaxing seating area with a wine bar where you can can relax and enjoy drinks & apps. Nice to have an outdoor hang spot in the neighborhood. Surprisingly quiet considering it's so close to El Camino.

More affordable housing gone (though that's really become a relative term in Palo Alto). I wonder where the people who used to live there went. I'm sure they won't be staying in the "boutique" hotel.