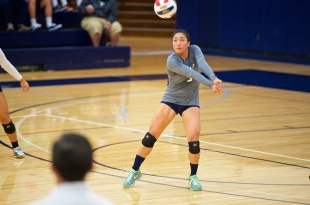 Menlo College's Renn Isobe was honored as the GSAC volleyball Defender of the Week. Photo by Brian Byllesby/OaksSports.com