Reaching for service, adventure with an encore career 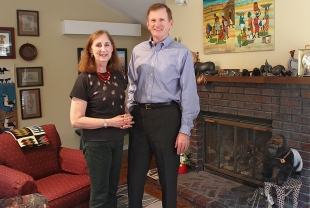 Wendy and Rick Walleigh stand in their Los Altos home which is full of decorations and souvenirs from their time volunteering and traveling in Africa, on Sept. 24. Photo by Veronica Weber.


How inspirational! I'm certainly interested in reading more in their book now. :-)