Guest Opinion: On homelessness, and those who strive to help | News | Palo Alto Online |

Guest Opinion: On homelessness, and those who strive to help 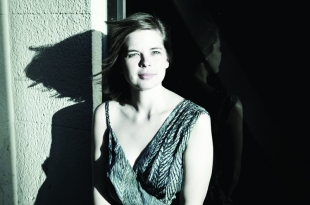 13 people like this
Posted by Mind Body
a resident of Another Palo Alto neighborhood
on Oct 3, 2015 at 9:55 am

I appreciate your advocacy and story, and how you have turned your own pain into a desire to help others.

I'm concerned that in our society the moralization of homelessness overtakes the medical -- both in terms of a public health response to mental illness, and research to cure it. There is a really good book by a psychologist/neurologist (MIT Press A Dose of Sanity) that talks about how often physical problems are missed in the mentally ill (including physical problems that are causing the mental illness in the first place) and how often those with organic physical illnesses that can be treated are misdiagnosed as having a psychological disorder instead. Our moralizing about mental illness means we don't deal with the medical properly, and everyone loses.

I am old enough to remember a time when we didn't have a mentally-ill homeless problem in this nation, because such as they were, there were institutions for care. Today, we have come lightyears in terms of what's available to try to solve problems medically, meaning new solutions, but we do next to nothing for the people who are suffering the most because of the circumstances/moralizing them.

Thank you very much for this story. On errands downtown, I always give some cash to homeless persons so they can buy a meal; it makes me sad to think they have nowhere to go but the street in the harsh conditions. Then I look around and see so much economic wealth and it doesn't make sense. I was born and raised in one of the poorest states in the country and never saw one homeless person the whole time growing up there. If there was property available to build a shelter out here, it would probably go to some "high-end" real estate developer instead. That's the problem with this area, even for market rate renters, where, for example, rent in the building I reside has increased over 65% just within the last five years.

Report Objectionable Content
Email Town Square Moderator
1 person likes this
Posted by Member Emeritus
a resident of Another Palo Alto neighborhood
on Oct 4, 2015 at 10:41 am

I too am old enough to remember when persistent homelessness was not a significant problem (or an industry).

You're spot-on that the underlying issue is very often mental illness. But you omit recognizing the change that made the difference between now and then. In the past, persons could be compelled to undergo mental health treatment, including institutionalization, after due process. Now, for the most part, they have to consent. Being mentally ill in the first place, many do not consent, or meander in/out of treatment.

Unless the foregoing issue is addressed, there is no solution. "Moralizing" or not isn't what a solution hinges on. If, hypothetically, homelessness was revered, not despised, would the problem be solved? No.

I begged social services for a voucher so i could avoid homelessness. The rent in the senior complex was going up, my income going down. I was told it was a special program that opened the vouchers to get the homeless in the jungle into housing. Strange. i ended up homeless at 60, and now disabled.
Very pathetic. some nice people gave me a spot to sleep in ubtil i have some money come in.

Why was a person already housed but in danger of losing their apt. denied a voucher????

Let me clarify. My disability is a physical disability and yes it does cause depression. I was not able to be treated for it until the affordable care act was instituted and I could receive medical care.


Santa Clara County, or California in general is not economically feasible to be able to care for the shrinking middle class in this country. The homeless Veteran Program is nothing until time and LOTS OF MONEY is applied.
Right now, the beginning of COLD weather is starting across the country. The South and West have the least coldest temperatures and those places are where the homeless will flock to.
Unfortunately, many winters have their victims out in the streets. Real bumfights over a steam grate and strict rules to enter a shelter cause their share of homeless death.
So the SFBA and Silicon Valley have that unseen migration. Sleeping under a bridge or along a river is far better that freezing to death, helped by alcohol....

Report Objectionable Content
Email Town Square Moderator
1 person likes this
Posted by Why Ask Why
a resident of Crescent Park
on Oct 5, 2015 at 1:33 pm

I would just have to wonder what is in common with the people who
drop out of our society or end up outside of it in prison or institutionalized.

I think these tend to be people who often just based on who they are
or experiences they have had get rejected in some way or treated badly
for so long they give up and have no place to go.

Why should everyone have to be the same, or should those who cannot
get along in the highly structured society we have that gives so little
back to people at the bottom have to endure that humiliation and abuse.
Of course it makes some mentally ill or pushed some over the top into
crime or suicide.

Those at the top who run things just ignore it or blame the victim, but
are often the first to pretend social concern when they need to appeal
to the public for something and want their images to be sympathetic.
Bill Gates who was famous for NOT giving to charity during his reign
at Microsoft, when he left suddenly creates this big initiative with
global reach, but what does it really do for real people?

The thoughts are too bad but these are people who just don't make
it. But further the implicit message is that they should bear the
burden of their failure in whatever way and it is not anyone else's
problem. But we have a society and economy that effectively kicks
some fairly large numbers of people out of it, and there is not
other place for people to go but the streets or to make some grand
public gesture.

We pretend to care about them when they children in school, but
we don't know what to do other than talk or blather on about
inanities. Considering that I think most if not all religions have
tenets about giving to the poor and healing the sick, it would seem
that we can do something as a society.

I think it is unfair to put all the onus on volunteers and prefer a
tax-based approach because otherwise volunteers are penalized
economically and and time-wise for their own good works. People
who get to be rich and successful based on their own selfishness
used to not resent paying taxes to balance things out, not no selfish
urge is rejected and the very idea of paying taxes for your city, country,
state and country is some kind of punishments.

As the pompous Mike Huckabee said in the lest Republican debate,
he supports his regressive fair tax because he doesn't want to punish
the job creators ... but he doesn't really admit to wanting to punish
the workers who then have to take up the slack.

NHN know something different than Zia about the unhoused and unsheltered. While there are too many street dweller. The numbers of unhoused folks enrolled in NHN programs is much higher than what is quoted in this editorial. Presently, NHN serves 670 vehicle dwellers in Palo Alto and MV. Most of these people are middle income and have jobs. The escalating rents and cost of basic needs are the root
cause of why these folks are unhoused.
You will not see our clients on bus stops in doorways. These people are the hidden from view displaced people. Although, many circulate from living in their vehicles, couch surfing and motel stays, they have busy lives working 2-3 jobs, going to school and trying to survive. There isn't much overlap or mutual clients between NHN and DST. Our clients look like you, because they are you. Anyone can be at risk of being displaced.
NHN would like to "catch you before you fall through the gap".
If you know of anyone who needs extra support Basic Needs-Jobs-Housing, NHN is happy to help. NHN primarily serve middle income households (housed/unhoused- $150K to $24K) who too often do not qualify for 'safety net' programs because of their income. NHN has no income requirement. All programs and services are free.

Tax incentives may help to help the homeless

How many buildings have rental vacancies.
They have bathrooms, heating etc.

Give a tax break to host homeless.

the homeless need mental help
- not to trash the place.
- not to be violent
- mental health

complex problems; some solutions. AM I wrong?