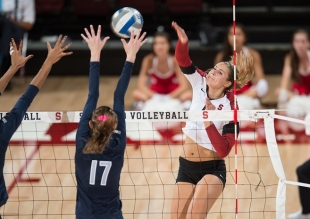 Brittany Howard was one kill shy of her career high, finishing with 16. She also added 10 digs for her fourth double-double of the year and had a season-best five blocks. Photo by David Bernal/isiphotos.com