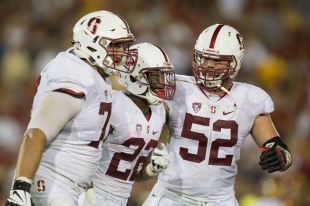 Remound Wright (22) is congratulated by Stanford linemen after scoring a touchdown. Photo by Don Feria/isiphotos.com