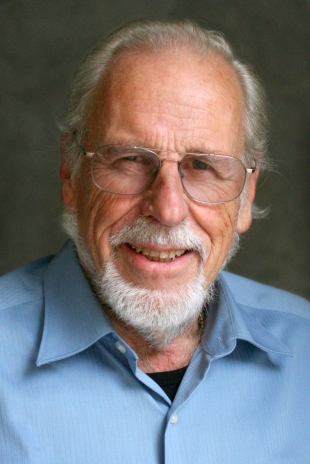 The foothills are going through a change in tree canopy which started 10-years ago. Sudden Oak Death has push into the foothills from Santa Cruz County and is killing hundreds if not thousands of mature oaks between Skyline Blvd and Foothill Expressway. The drought has killed off hundreds Monterey pines and redwood trees up and down the peninsula. These dead and dying trees will become fuel for a wildfire. Will the UFMP address this sweeping change in both our urban and rural landscape? Roughly half of Palo Alto is nearly undeveloped in our foothills.

Pine trees in some areas are dropping heavy green pine cones that have not yet turned brown, falling unexpectedly and weighing well over a pound each. I wonder if it is the drought that causes this, as it's something I have never noticed before now.

Up until this year, pine cones on the ground have been brown, and light in weight. I hope these trees are alright, and just this year's crop of pine cones are at risk. The trees look alive, from what I've observed. Would anyone know what's happening?

The City and Canopy should be encouraging all residents to make sure they continue to water their trees! Many people have let their lawns die and the lack of water is stressing all the trees. Look around Palo Alto and you will see so many stressed trees! My historic coastal live oak suddenly died this Spring. It was a huge loss to our property.

Report Objectionable Content
Email Town Square Moderator
2 people like this
Posted by rainbow38
a resident of Mountain View
on Sep 28, 2015 at 11:16 am

The proposed BRT will adversely affect trees along El Camino Real. One of many reasons this plan should be rejected if at all possible.

Report Objectionable Content
Email Town Square Moderator
2 people like this
Posted by Jane
a resident of College Terrace
on Sep 28, 2015 at 4:12 pm

When visiting friends in parts of south Palo Alto I've noticed that there are not any sidewalk medians for street trees so it is up to the owners of those houses to plant trees in their own front yards.

As water costs continue to rise unfortunately for many people it is a disincentive to water their street trees. Particularly if you don't own the house. Another problem are the sad looking street trees in front of many apartment buildings where the landlord is absent, possibly not even living in Palo Alto. And if new ones are planted there is no one to water them.

Have never quite figured out why, after the last drought in the 1070's when we had to cut back on water use, all newly planted street trees haven't been drought tolerant, Case in point. A previous city arborist went to France and was inspired by the pretty chestnut trees. So what does he do? Come back and plant chestnut trees in the mediums regardless of whether there is an owner or renter willing to water them. They need a good watering once a month or simply don't thrive. Down the street we have two of the saddest looking chestnut trees planted about ten years ago. To begin with I carried buckets of water down the street, but eventually gave up.

Report Objectionable Content
Email Town Square Moderator
2 people like this
Posted by Catherine Martineau
a resident of Greenmeadow
on Sep 28, 2015 at 5:26 pm

Yes, trees are suffering from the prolonged drought compounded by water conservation. The City and Canopy are actively encouraging residents to water trees.

Meteorologists predict that we will not get any substantial rain until November or December and that the bulk of El Nino storms will happen in January-March. It makes sense to invest some water to preserve the trees and the myriad benefits they provide.