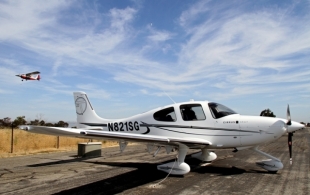 An airplane comes in for a landing at Palo Alto airport, passing by the parked planes at the municipal airport on Sept. 13, 2012. Photo by Veronica Weber.