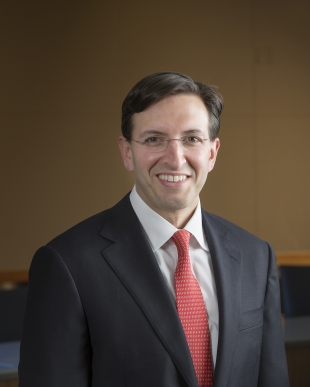 This is a tremendous gain for each and every UnitedHealth and Optum customer and provider around the world. Amir Dan Rubin is an extraordinarily visionary, compassionate, empathetic, and approachable leader. I am so grateful to have worked under his guidance and leadership for over 4 years at Stanford. Way to go UnitedHealth!

This man did a very poor job of running Stanford from a healthcare point-of-view. Patient care was at its nadir under his watch.

People in the know say that United Healthcare is one of the worst, perhaps the vet worst, insurer in the U.S. If you are a member. They are very, very, stingy, and I can't imagine them paying better than Stanford. [Portion removed.]

I can not disagree more with the statement above by "Good Riddance". [Portion removed due to deletion of referenced comment.] Amir is a wonderful leader and I would work for him again without question. That said, I wish Amir all the best in his new position.

Report Objectionable Content
Email Town Square Moderator
11 people like this
Posted by Good Riddance
a resident of Southgate
on Sep 24, 2015 at 8:16 pm

But, David, have you been a patient during Amir's tenure? I have, twice, and it was HORRID! [Portion removed.]

Report Objectionable Content
Email Town Square Moderator
13 people like this
Posted by Former Patient
a resident of Stanford
on Sep 24, 2015 at 8:28 pm

If you look below the surface Stanford has dysfunctional management and has been successful in spite of itself. Like many large organizations, Stanford has become management top heavy and very bureaucratic. Nurses are giving great care but many experienced ones are leaving and feel unappreciated.