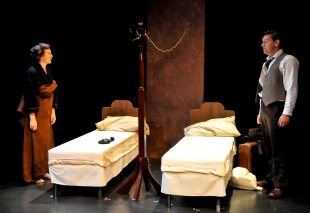 Elspeth Andrews (Sarah Cook) and Peter Warne (Drew Reitz) are not quite bedfellows in "The Walls of Jericho." Photo by Ray Renati.