U.S. volleyball men one win away from qualifying for Olympics 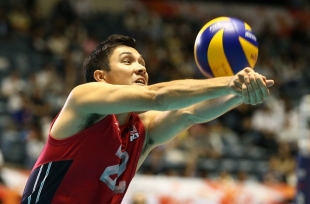