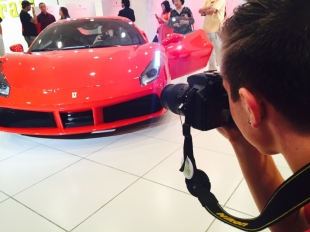 The CAFE SpA pop-up party hopes to attract exotic car fanatics as well as those more interested in art and fashion. Photo by Tim Forbes.

Flying: How to lower your impact
By Sherry Listgarten | 10 comments | 2,529 views