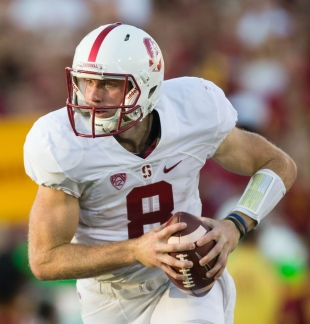 Kevin Hogan suffered a left ankle injury in the second half of Stanford's win over USC and he's quetionable for Oregon State. Photo by Don Feria/isiphotos.com