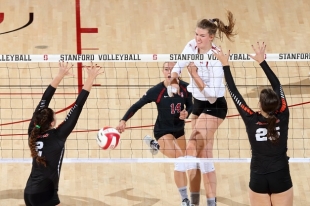 Merete Lutz had 10 kills against the Gaels. Photo by Bob Drebin/stanfordphoto.com