A block party Babar would love 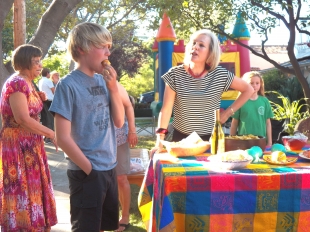 The 30th annual Fulton Street block party gives young people and adults a chance to connect. Jennifer Sullivan catches up on news with a young man in her neighborhood. Photo by Sue Dremann.

Which block of Fulton is it?

Like this comment
Posted by Sue Dremann, Staff Writer
a resident of Another Palo Alto neighborhood
on Sep 25, 2015 at 3:53 pm

Sorry to take so long to respond. The block party is on the 1000 block of Fulton between Lincoln and Addison avenues.