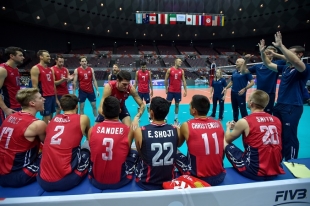 Team USA gets ready for Tunisia at the FIVB World Cup in Japan. FIVB photo.