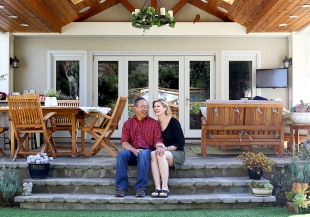 Bruce and Jane Gee enjoy the sunny Sept. 15, 2015, day at their home located in the Community Center neighborhood. They have lived in the neighborhood for 22 years. Photo by Veronica Weber.