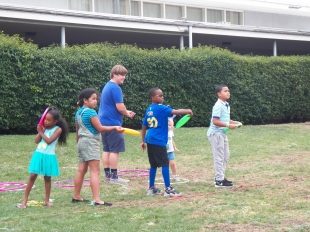 Kids get ready for the Frisbee-toss contest at the Palo Alto Kids' Carnival on Saturday, Sept. 12. Photo by Sue Dremann.