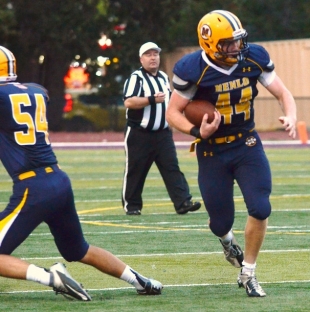 Menlo running back Charlie Roth, who scored twice, caught six passes for 88 yards and ran for another 82 yards in 14 carries. Photo by Pam McKenney/Menlo School Athletics.

Can you Pay to Reduce your Carbon Footprint?
By Sherry Listgarten | 8 comments | 2,113 views