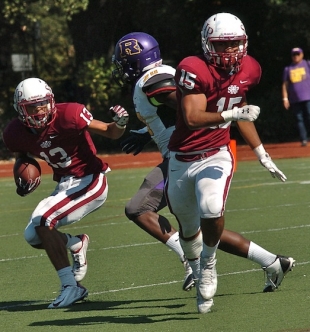 SHP's Nick O'Donnell (left) is stopped behind the line as a Riordan defender gets behind Lapitu Mahoni (15) to make the tackle. Photo by Keith Peters/Palo Alto Online Sports.