Gunn's Watt is a Paralympian field Athlete of the Year 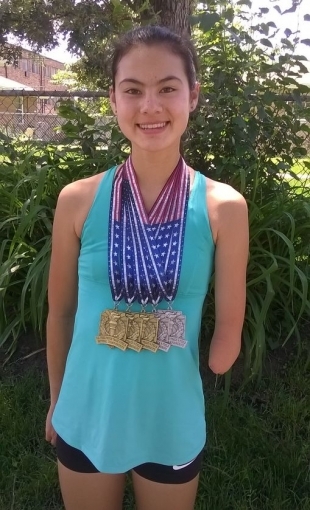 Gunn High senior Amy Watt has been named the 2015 Female Field Athlete of the Year by U.S. Paralympics. Photo courtesy of the Watt family.